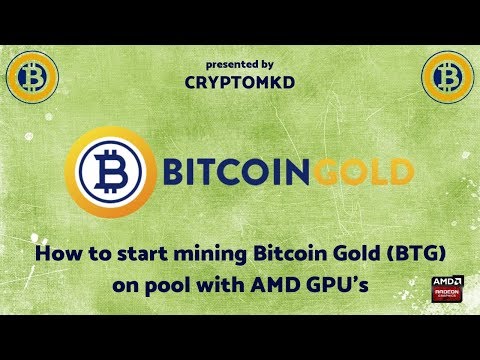 To Vitalik and other ETH Devs, GPU Miners need you and you need GPU Miners (PoW/ProgPoW)

This is directed towards u/nickjohnson, u/vbuterin, u/5chdn and other ETH Devs.
​
Edit: Proof of ProgPoW: https://gangnam.wattpool.net/#/account/0x445c466856266f8a609f87fdc6b0aaeb274d203f
Initial testing is seeing 8.8-10.15mh/s on RX480 and 3.8-4mh/s on RX460. Will include write-up soon, Newest ETH-Miner release!
​
Let me start this by saying, I mined my first BTC before it was even $100 or well known. BTC Mined. That was my first foray into the PoW mining scene. I had a lot a fun doing so. I enjoy building computers, testing equipment, fixing problems. It's literally my everyday job as an IT Hardware Analyst for a company.
​
I had to put down my mining on GPU dreams due to ASICs overtaking the networks of both BTC and LTC. I gave up on crypto as a hobby. Why bother? I don't want an ASIC in my house. There's no fun in tuning an ASIC, cannot change out components, upgrade it, etc. Then in 2017 I heard a whisper of GPU mineable coin that was ASIC resistant. It was called Ethereum. It was posed to be the next "Apple" with great innovations. At first I was beset by previous failures of GPU mineable coins getting overtaken by ASICs. Eventually with some discussion to my friend we built our first GPU mining rig in June of 2017. I got into Ethereum by mining it.
​
Now ASICs run rampant through most of the top 100 Cryptocurrencies. The current outlook, regardless of the bear-market pricing, looks bleak. I want to appeal to Vitalik, Nick, and the other Ethereum developers. It was GPU miners you had in mind when you created the Ethereum network and not ASICs. Vitalik made the best effort of a ASIC-Resistant algorithm. It latest for years but it's a cat and mouse game. Continued development of ASIC-Resistant algorithms needs to continue, not fall by the wayside. u/AndLan u/ohgodagirl, Mr If, and others have poured non-paid work into ProgPoW and getting it working on the Ethereum network because they want to see Ethereum succeed.
​
ASICs are now on the network, ProgPoW is a solution, and we need YOU DEVELOPERS, To stand with US, THE MINERS! Together lets push Ethereum forward to #1!
​
The Developers and GPU Miners need a symbiotic relationship. GPU Miners are NOT against you! You should not be against us! We need to stand together to make Ethereum strong and succeed, not become Bitcoin, which as even in Ethereum's whitepaper you understood it became fairly centralized.


However, this mining algorithm is vulnerable to two forms of centralization. First, the mining ecosystem has come to be dominated by ASICs (application-specific integrated circuits), computer chips designed for, and therefore thousands of times more efficient at, the specific task of Bitcoin mining. This means that Bitcoin mining is no longer a highly decentralized and egalitarian pursuit, requiring millions of dollars of capital to effectively participate in.


​
In regards to Centralization Mr If, made an excellent argument last Dev meeting, for ProgPoW which I shall reiterate/paraphrase here for everyone on Reddit.
​
PoW is geared towards industries of scale. This is why ASICs typically become the dominate force, because the ASIC manufactures have the capital, investment, and industry to produce them at a low cost. Thus they reap the PoW rewards. Hence why all PoW tends to go towards ASIC. They can decide to sell ASIC and recoup cost plus profit or keep mining with that equipment. Making ASICs egalitarian. ASIC manufactures decide, not the miner communities, what they do with the ASICs. You pay to play and you must be first.
ProgPoW takes the same approach but changes who the industry is, instead of Bitmain/Innosilicon it is AMD/Nvidia. These two companies are industrial level manufactures and have the ability to produce on a scale to support PoW(Just look at all the overstock of Nvidia 1000 GPUs). In this sense we are trading one(ASICs) for another (ASIC-GPUs). We as PoW miners must use Nvidia/AMD GPUs to support the network. Because it is the commodity hardware mass available to everyone. ASICs ARE NOT commodity hardware and ARE NOT mass available to everyone. Changing from Eth-hash to ProgPoW changes the players in the game and chooses the lesser two evils (AMD/Nvidia).
​
ProgPoW is not stricitly an Algorithm to replace Eth-hash but a has various "buttons" and "knobs" to tune. hence why its called Programmable! Ill let an Eth-miner Dev explain it...
-Andrea LanFranchi (EthMiner Dev)


ProgPoW is not strictly an Algo, it is a finite set of basic operations. ProgPoW is to be considered more of a process which creates variants of the algo every specified interval. Due to this there is no concept of ProgPoW as an immutable algo like Eth-hash. It tune-able and can dial various "knobs" that allow the creation of large number "definition sets" which again due to the deterministic randomness create an infinite number of algo changes.
ProgPoW creates a new search kernel every 50 blocks. Every 50 . blocks the gpu receives a completely new and different kernel from the previous which causes hashrate to change. In ProgPoW there is no fixed and constant hashrate for GPUs. You have to take into account averages across multiple periods to get the best out of the hardware. Variances are from 8-9%.


​
I personally supported the Network at $400, $180, $1400 and still support it now $100. I supported throughout the uncertainty of the Iceage and delays. Ethereum is still a PoW coin! ONE OF THE BEST! It's what made ethereum great! The project has excellent idea's of smart contracts and Dapps. On top of all is a massive GPU networking supporting it. Throughout 2017 there were no ASICs(That we know of) yet the ethereum network grew. What helped make Ethereum blossom was the miners and the mining community.
​
I am personally invested into Ethereum want to see it succeed, I'm personally invested in PoW GPU mining, and want to see it succeed. I will invest my own time and money, being a GPU miner, into seeing that ProgPoW testnet gets fully scrutinized, put through it's paces to ensure that it is a fit for Ethereum and minimize problems. I plead, beg, and invite all other GPU miners to do so. If we want change we as miners must show through hashpower on the testnet, that we are pushing forward with ProgPoW. Throw a single GPU, a Rig, whatever you can spare or muster for ProgPoW testnet.
​
I can and am more than willing to help anyone setup the necessary files, miners, etc needed to get mining on the test network.
Right now you can download the ProgPoW Miner(Updates are constant) And Ethermine is in full support.
Ethminer -P stratum://(ProgPoW Test Address)[[email protected]](mailto:[email protected]):4444 -A progpow
​
Let's make a Decision together on ProgPoW. Miners are in majority support of ProgPoW and 100% support of kicking ASICs of the network(Look at Ethermine's twitter poll). GPU miners supported you, helped build your network, not investors, not ICOs. At the very heart of Ethereum beats the GPU. Operating that GPU is a typically an enthusiast, hobby miner, and a believer in Crypto.
​
*Edit:*PoW is the known best way to distribute token "fairly", yet everyone hates it and wants PoS? What happens when large ASIC manufacture and centralized parties mining with ASICs earn more tokens than anyone else? Wouldn't that lead to centralization in PoS? Ethereum is on PoW BECAUSE it needs it! And because Ethereum needs PoW, it needs GPU miners, and to stay decentralized to PoS and in PoS it needs to keep GPUs miners on board.
​
Vitalik, Nick, and others, a time-line needs to be set, ProgPoW needs to be in the Agenda continually, discussed throughly, until it's launched on the main network. I will personally come chat, debate ideas, with any of you! Civil discussions are important!
​
​
​
​
​
​
​

Hi, Kindly suggest how we can setup bitcon mining server, how much CPU, ram, HDD, internet speed, cooling required. which OS will work for this infra, which app software required, how we start this trading. Build a computer with one or more powerful and currently state-of-the-art video cards. The CPU and RAM and most of the other components don't need to be that powerful. Just be certain to get a good, reliable power supply. I would suggest video car... While the value of cryto currencies such as Bitcoin may have fallen over the past year, the underlying distributed ledger technology (DLT) still has a good long-term outlook. Mining Difficulty; CPU and GPU mining in 2019 has been quite challenging and difficult due to the number of miners involved. It is possible to find a coin that still you can make a profit mining without much competition. Electricity Cost; Electricity cost is the most important when calculating mining profitability. That is it. . it is that simple to start mining Grin Coin GRIN on your Windows PC or Mining Rig — if you are wondering about what the best overclock settings for your GRIN mining rig are ...

How to Setup Bitcoin/ETH GPU Mining Rig for Beginners -Tamil

This video is mostly made for people who still want to get into GPU/CPU Mining but don't exactly know how. I introduce you Honeyminer as this is one of the e... Z-Special Bitmex Altcoin Buy Sell Signal Indicator Now Available https://youtu.be/ddXeHM3ObLo Join Telegram Channel - https://t.me/open4profit Most Powerful ... GPU mining is more profitable than ever this year, if you want to create your own GPU mining rig using the best bang for buck parts then this GPU mining rig ... Is GPU mining still worth it? Is GPU mining profitable in 2020?! We review GPU mining profitable and the best graphics cards for mining in 2020 along with CP... If you want to exchange your bitcoins for other crypto: (Ethereum, XRB, Litecoin) this is a handy exchange: https://www.kucoin.com/#/?r=256xv I have a video ...